For the general concept in Peanuts, see Beethoven's birthday

"Beethoven Day" is a song that was introduced for the 1999 Broadway revival of the stage musical You're a Good Man, Charlie Brown. It does not feature in the 1985 animated TV special of the same name. The song is sung by Schroeder along with the rest of the cast, in honor of Beethoven's birthday. In the album Schroeder rather says “sweatshirts” than “T-shirts”.

Schroeder: Call the principal and hand him the news. We've got a holiday that he can't refuse. A day of harmony, a day of music: Beethoven's birthday!

Schroeder: The hope of each musician. No more am I the only guy, to stand up and say:
Hooray, Beethoven, Hooray!

Linus: Yes. As in Ludwig van Beethoven. Composer. Born 1770, died 1827. The eldest of three sons, Ludwig's mother was the daughter of the chief overseer of the kitchen..

Lucy: Whatever... Schroeder, I just want you to know that I'm on your side. I want to help you, publicity-wise, with Beethoven's Birthday.

Schroeder: Thanks for your support, but I just don't want to see Beethoven's birthday commercialized.

Schroeder: Yes. The next thing you know they'll be wearing Beethoven T-shirts!

Schroeder: If you're wondering "Now, how do we start?" Just blow the music 'til you know it by heart! We're gonna celebrate, we'll throw a party. Beethoven's Birthday!

Schroeder: And when you say the title...

Schroeder: You hear a great recital. The right of every boy and girl to stand up and say:

Schroeder: A polyphonic jumble. A humble dedication as we stand up and say:

Lucy: I got it! We'll demand full-page ads in every newspaper!

Charlie Brown: We could have a bake sale!

Schroeder: Wait! That's too commercial! Let's imagine it, that glorious hour. Filled with emotion, yet inspired with power. When we all honor the man we adore! On the day we place the newest face on Mount Rushmore!

Schroeder: A moment of reflection.

Schroeder: A classical injection! So facing this direction, we begin it today. A musical collection anybody can play.
The right of every boy and girl to stand up and say: Hooray, Beethoven! Hooray! 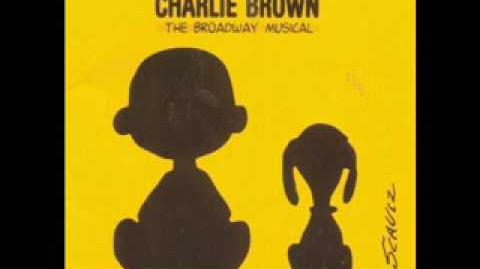 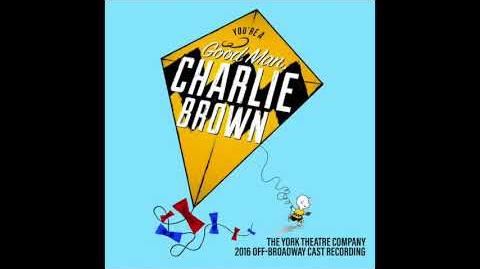