Peanuts Wiki
Register
Don't have an account?
Sign In
Advertisement
in: Characters introduced in 1995, Girls, Emily,
and 6 more

Emily is a minor female character in the Peanuts comic strip by Charles M. Schulz, making her debut appearance in February 11, 1995.

Emily is rather short, just about the same size as many of the child characters. She wears a sleeveless dress and wears a bow in her long hair. When introduced in Snoopy's Town Tale, she wears a magenta coloured dress and her hair is strawberry blonde.

Emily appears in two more storylines in strips that first appeared in 1996 and 1999.

In the August 1999 comic strips, Emily and Charlie Brown are seen dancing together at dance classes but on those occasions there is no mention of her being an imaginary character. The question of whether or not Charlie Brown had only imagined Emily was never resolved.

Emily, as she appears in Snoopy's Town Tale. 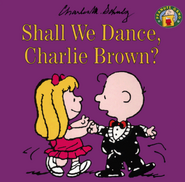 Emily, as she appears on the cover of the book "Shall We Dance, Charlie Brown?"