Peanuts Wiki
Register
Don't have an account?
Sign In
Advertisement
in: Songs from Snoopy!!! The Musical, Snoopy, Woodstock,
and 6 more

"Just One Person" is the final number from both the stage musical and the animated TV special versions of Snoopy!!! The Musical. It is sung by Snoopy and the children about believing in yourself. The stage musical version includes a reprise of "Don't Be Anything Less Than Everything You Can Be".

The song has also been sung by the Muppets on The Muppet Show, Sesame Street and other programs.

Sally (joins in): Three....people you can say, believe in me.
And if three whole people, why not...

Linus (joins in): Four. And if four whole people, why not... 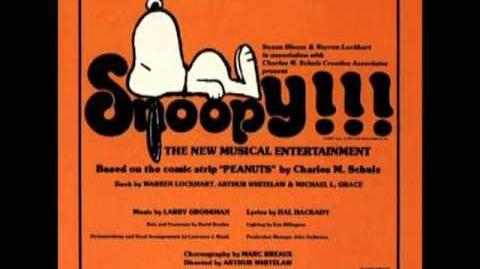 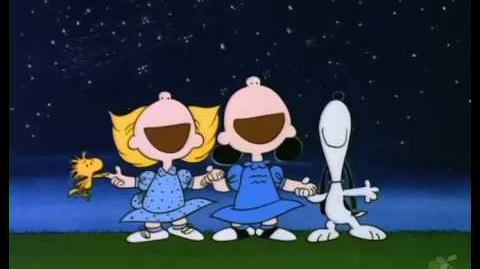 Snoopy the Musical "if Just One Person Believes in You..." (HQ)
Animated version
Community content is available under CC-BY-SA unless otherwise noted.
Advertisement