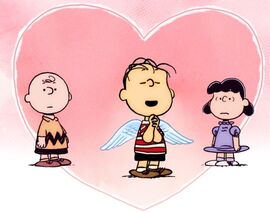 "Miss Othmar" (not to be confused with an episode from the same TV series which is also called "Miss Othmar") is a short animated cartoon from the 2014 French TV series Peanuts, produced by Normaal animation and based on the comic strip Peanuts by Charles M. Schulz.

Linus is really happy because when Miss Othmar, his favorite teacher, called the role at school she said his name. Linus ends saying that Miss Othmar is a great human being and is like a living doll.

Retrieved from "https://peanuts.fandom.com/wiki/Miss_Othmar_(short)?oldid=65288"
Community content is available under CC-BY-SA unless otherwise noted.