You're Not Elected, Charlie Brown

A Charlie Brown Thanksgiving (bonus episode) iTunes, Peanuts 1970's Collection, Vol. 1 DVD, Charlie Brown Collection: Volume 1 DVD (Region 4: Australia/New Zealand)
Play It Again, Charlie Brown is the seventh prime-time animated TV specials based upon the popular comic strip Peanuts, by Charles M. Schulz. It was originally aired on the CBS network on March 28, 1971. It was the first Peanuts TV special of the 1970s. Unlike most Peanuts specials, this special focuses mostly on Lucy and Schroeder.

This special begins with Schroeder playing his piano. Then Lucy walks in, leans on Schroeder's piano, and starts trying to get his attention. She tries many ways to get his attention, such as complimenting him, showing him that Beethoven now comes in spray cans, trying to convince him she also likes Beethoven, dusting his piano, and even walking up and kissing him. But with everything Lucy tries, Schroeder either ignores her, throws her off his piano, or just walks away.

Lucy becomes frustrated by Schroeder not paying any attention to her. She tells her problem to Sally and Peppermint Patty. Peppermint Patty comes up with an idea to get Schroeder to notice Lucy. There is an upcoming PTA program, and they need entertainment for it, so Peppermint Patty suggests that Lucy invite him to play his piano at the program. Lucy likes that idea and goes to tell Schroeder.

Lucy arrives at Schroeder's house and tells him about the PTA program. Schroeder thanks Lucy for the invite, and says he will practice for it right away.

The mere fact that Schroeder thanks her for the invite gets Lucy so excited that she starts skipping into the street singing, "He thanked me!" and randomly hugging Snoopy and Charlie Brown.

On her way back, Lucy runs into Peppermint Patty, and thanks her for the idea. Patty then mentions that she forgot to say earlier that the PTA would like a rock concert, so Schroeder cannot play Beethoven for the PTA program. This shocks Lucy. She says Schroeder will never agree to this, but Patty replies that they have no choice.

Lucy is upset, so she tells her problem to Charlie Brown, Snoopy, and "Pig-Pen". Charlie Brown has an idea. Snoopy brings out a set of drums, a guitar, an upright bass, and the three start playing, while Lucy dances. They think Schroeder might agree to join their combo, and Lucy agrees.

Then, Schroeder walks by, and Lucy, in an attempt to save face, introduces the combo as his backup band for him for the PTA concert. But Schroeder, still thinking he will be playing Beethoven, insists he can handle it alone, but then Lucy tells him that the PTA wants a rock concert instead of a classical recital. Schroeder then says he can't do that, just as expected. But after coercing from Charlie Brown, Schroeder reluctantly changes his mind.

The night of the PTA meeting comes, and the Charlie Brown, Snoopy and Pig-pen are tuning up their instruments for the concert. Peppermint Patty is wondering where Schroeder is. Schroeder arrives close to show time, and then he announces, that after a lot of thought, he has decided that he will not play for the concert. This upsets everyone, because now there is no act. Then Lucy remembers that PTA entertainments also come in a spray can, and they use that as the entertainment.

In the final scene, Lucy tells Schroeder that Beethoven never would have made it into Nashville and that he did not have the Nashville sound. Schroeder leaves, feeling insulted by this. Lucy then yells out to him, "He probably would not have made it in New Orleans, either!" Lucy then takes out her radio and happily listens to rock and roll on Schroeder's piano as the credits roll. 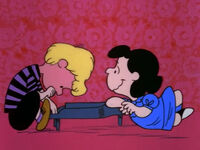 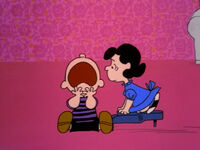 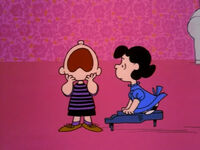 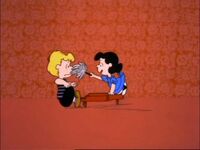 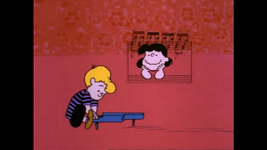 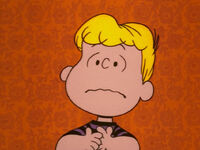 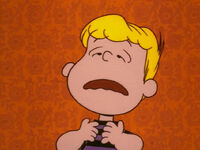 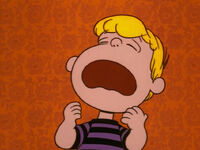 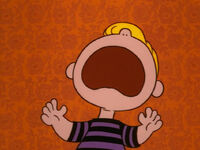 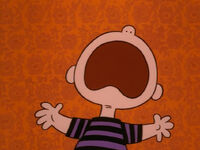 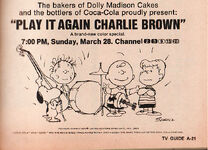 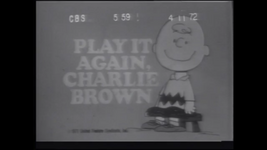