Charlie Brown sings the song "The Kite" in the stage musical You're a Good Man, Charlie Brown and the animated TV special of the same name. In the song he tries to fly a kite but, of course, fails.

Little less speed,
Little more tack,
Little less rise,
Little more slack,
Gotta keep my wits about me now.
Gotta make sure it doesn't get the best of me till I get it in the air somehow.

Millions of little kids do it every day they make a kite and -poof- it's in the sky.
Leave it to me to have the one fool kite who likes to see a little kid cry.

Wait a minute, What's it doing?
It isn't on the ground.
It isn't in a tree.
It's in the air.
Look at that,
It's caught the breeze now,
It's past the trees now with room to spare...
Oh - What a beautiful sight.
And I'm not such a clumsy guy.
If I really try I can really fly a kite! 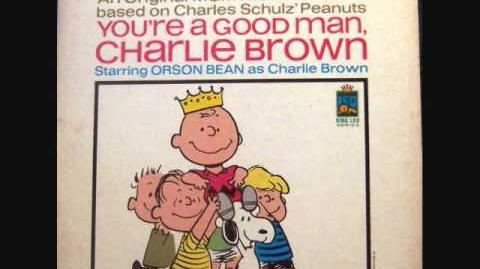 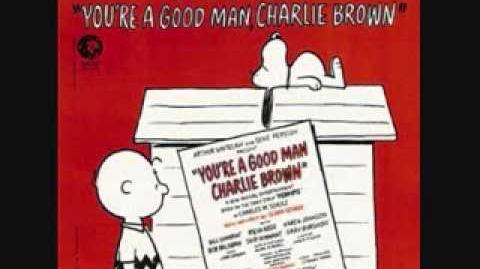 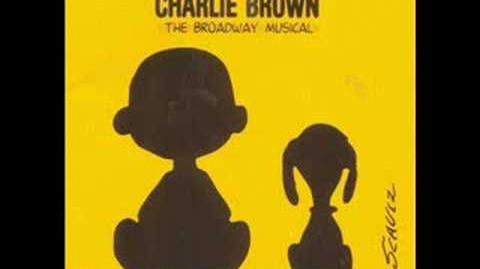 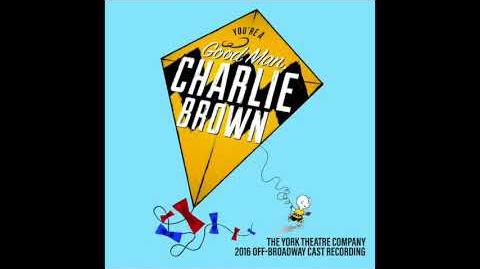 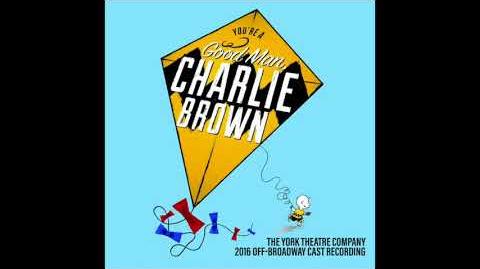 22 The Kite (Live) 2016 Off-Broadway Cast Version
Add a photo to this gallery
Retrieved from "https://peanuts.fandom.com/wiki/The_Kite?oldid=171556"
Community content is available under CC-BY-SA unless otherwise noted.